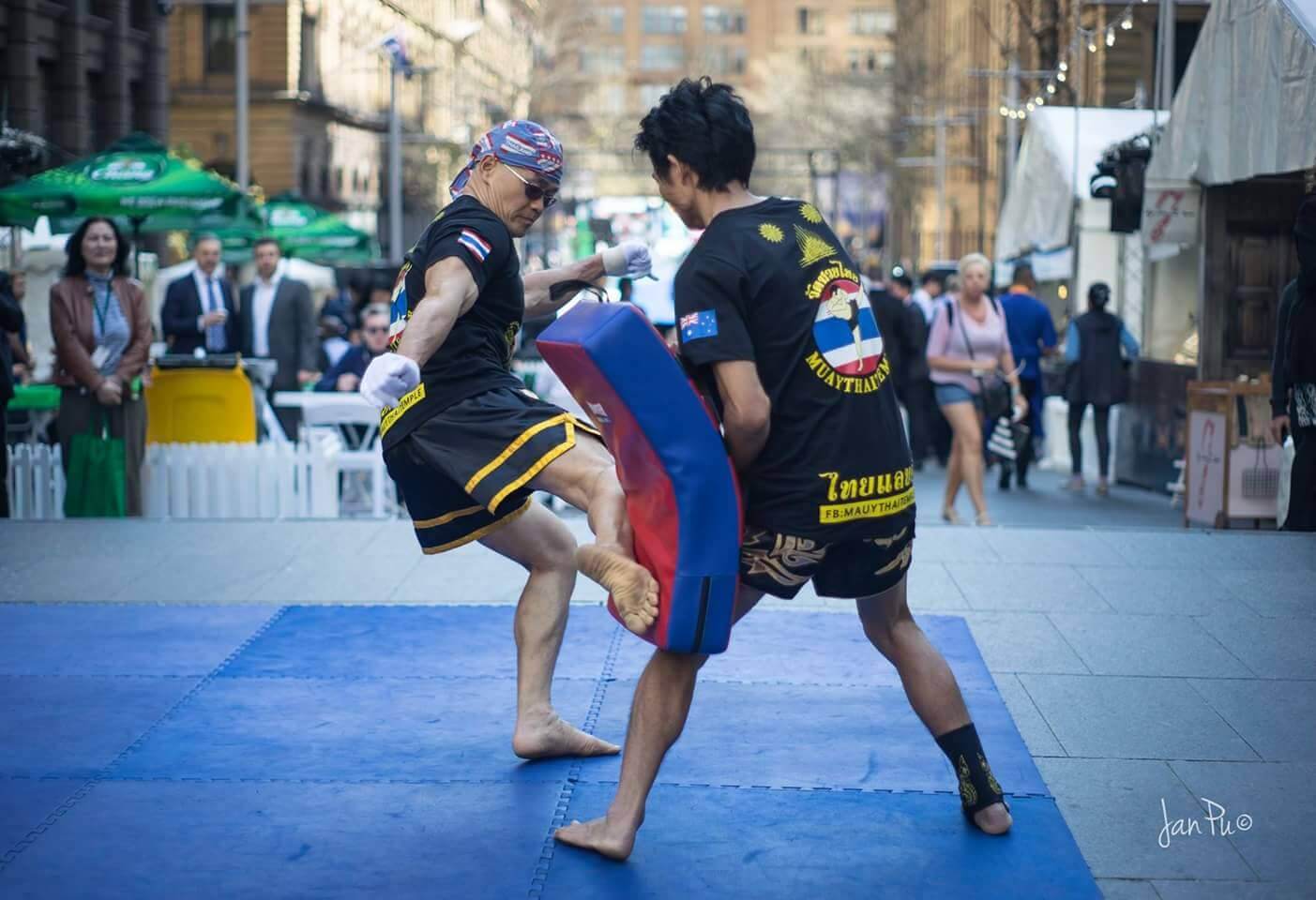 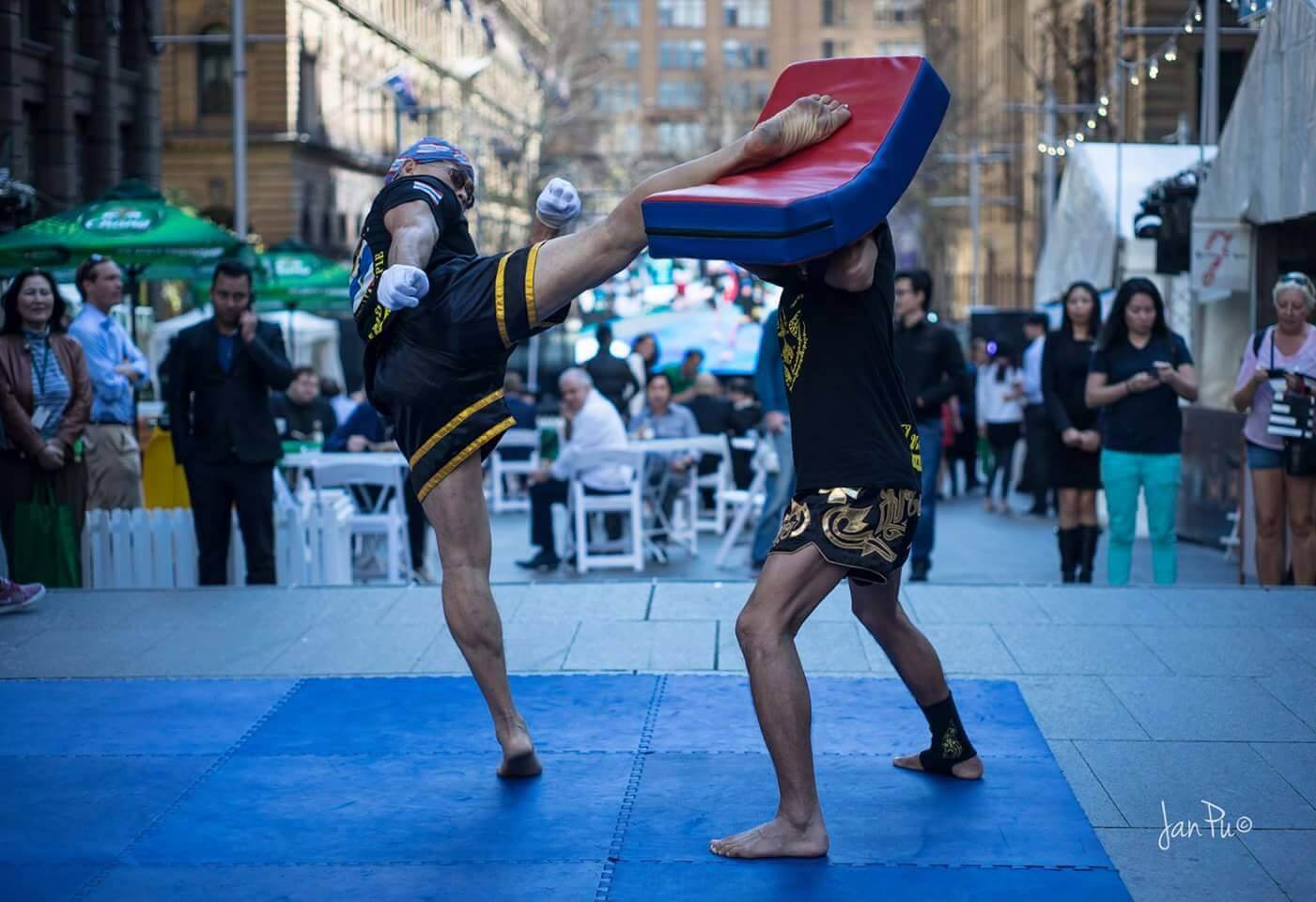 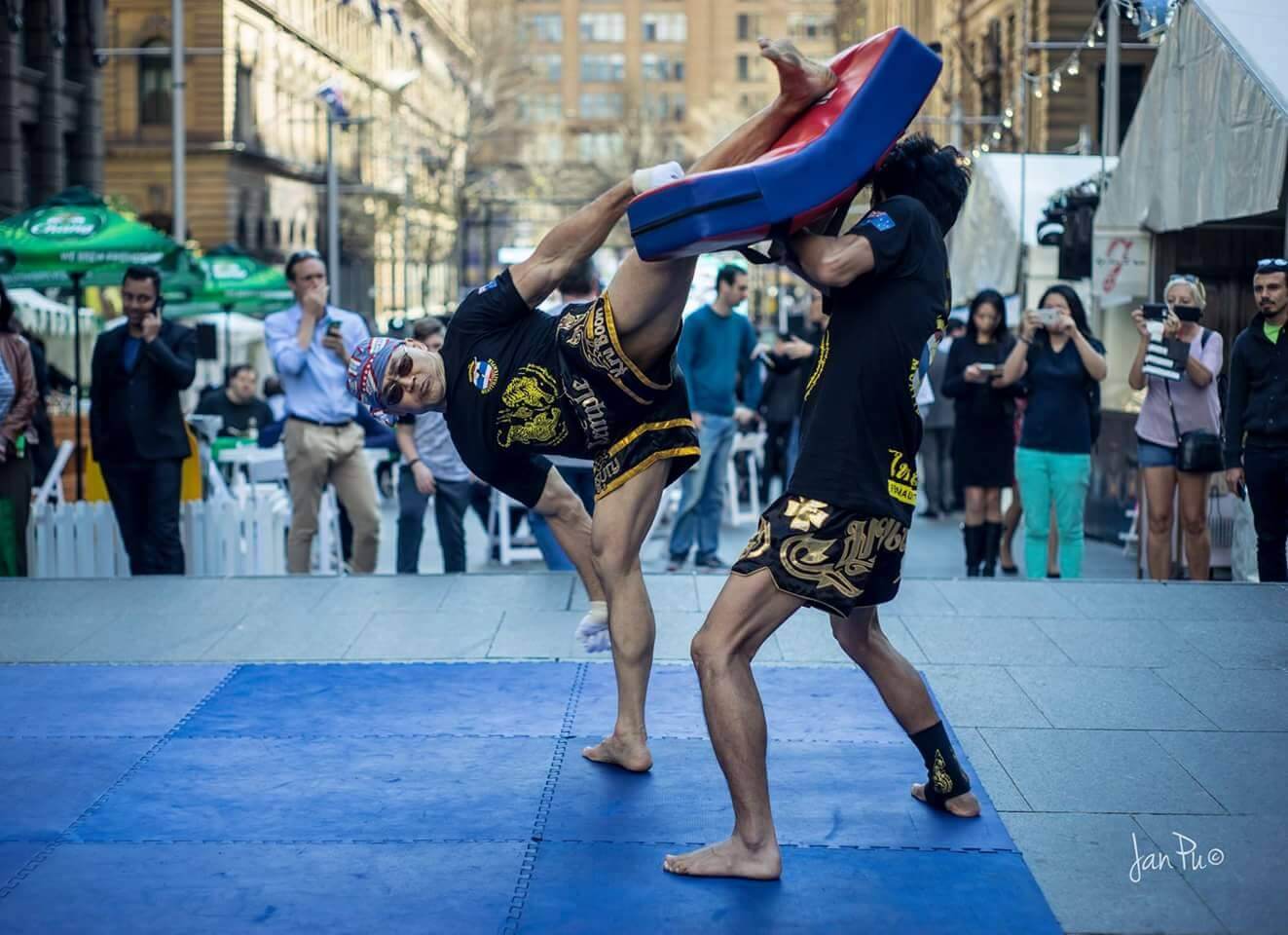 The story of Muay Thai Temple starts, like many stories, from humble beginnings.

In 1963, the owner and head instructor of Muay Thai Temple, Phayakorn Kalyaprasit, was born into the world, into the heat and humidity of the province of Phetchabun in Thailand.

Phayakorn, known affectionately by those close to him as ‘Boonchan’ or ‘Boon’ for short, lived his young life not unlike other boys in Phetchabun. He went to school, he played in the ponds and the wilderness around the farm that was his family home and he studied Sanscrit by candlelight in the evening. There was no electricity in Phetchabun, and the roads were unsealed and dusty. The touch of the outside world had not yet reached the area, and life was rural, secluded, and simple.

One afternoon at school, when he was 11 years old, Boon was set upon by the local bully – a boy much bigger and older than Boon. When Boon arrived home that afternoon, his mother, upon seeing her hurt son, the purple bruises on his face like over-ripe plums, admonished him, in the tough but loving way of the Thai people.

I cannot be with you all the time to protect you, son, she said.

Are you a girl or a boy? If you are a boy, you must be strong and protect yourself. You must fight.

The next time he encountered the bully, Boon’s mother’s words sparked him to action and fight he did, eyes closed and punching wildly. He was a boy, fighting in the instinctive, animalistic way of boys. But through his ferocity Boon managed to discourage his assailant from any further antagonism. While not a violent child, Boon felt strong and proud for having defended himself.

Some days after his encounter with the school bully, Boon’s mother sent him and his younger brother to the shop for ice cream. As male siblings are prone to do, a fight ensued over who was to receive ice cream and in what amount. The two boys quarreled as they walked home, and then parted company. Boon went off to play on the farmland around his home. Upon returning to the house, Boon was about to enter, when his brother sprung from behind him, unseen, and struck him with a stick. The fighting spirit was strong in Boon’s family, for even at such a young age, his brother’s aim was true and he struck a terrible blow. Boon’s world spun and he faded into unconsciousness.

When Boon woke – groggily and with only flashes of memory to recall what had happened – his mother had prepared for him a drink of fresh chicken’s blood, for the restorative power of chicken’s blood was well known in Thai folklore.

But Boon couldn’t move. He coughed and spat and sweated. Over the days after Boon was injured, the local doctor tried many cures, giving him dozens of injections. His mother took Boon to the hospital, where the staff diagnosed him with damage to his nervous system.

Eventually Boon’s mother asked him if he would like to live at the local Buddhist temple, to study as a novice. Accepting that his body was irreparably damaged and something he could do nothing about, Boon decided to begin tempering his mind, and so he agreed.

Suspended in convalescence, with a body that could not heal itself

Boon walked the pagodas of the temple, frail and sick but with the calmness and presence of mind that meditative study brings. As he progressed in his Buddhist studies, Boon moved to a temple in a nearby province. It was here that he first met Phramaha Chalong Sansa, a monk at the new temple.

As time passed, Chalong observed Boon’s movements, watched the sickness and ruin that plagued his body, until one day Chalong said,”Boon, come with me.”

Chalong led Boon away from the temple, to an open expanse, and, without warning or explanation began to attack him. Chalong’s attacks were controlled, and measured to teach rather than injure, for a boy of 13 would present no real opposition for a grown man. But the monk’s movements spoke of power and fluidity.

This treatment continued, and Boon found his already-ruined body covered with bruises. But over time, his excursions with Chalong became more structured and Chalong began incorporating fitness exercises. Boon’s health began to gradually improve. The Monk’s story, Boon later found out, was that of a retired soldier, a man who fought for the King of Thailand, but who, in peaceful times turned to a life of contemplation. This monk was a warrior trained in Muay Thai Boran, the battle-tested antecedent of today’s Muay Thai. And, as was reinforced time and again to young Boon by the mottled bruising on his body, this monk was very, very good at Muay Thai Boran.

Saliently for the second time in his life, so called ‘tough love’ had a positive affect on Boon. Within 3 months of training, his body began to strengthen and the symptoms of his nervous-system damage began to abate. During his time at the temple, Boon’s training with Chalong continued until one day Chalong asked Boon if he would like to test himself against a real opponent, in a real fight.

When the fight was organised some time later, Boon, in preparation for the fight, bound his hands with rope as the words of his mother tumbled though his mind, “you must be strong… you must fight…” He stepped into the ring, which was little more than a bare and hard-packed dirt floor, and he shaped up again to an opponent much bigger than he.

Boon was calm and unafraid as he did so – the product of his mental and physical training. Unlike modern Muay Thai matches, the rules of that fight were few, with the winner to be determined by the acquiescence of his opponent, or failing that, by whom was left standing at the conclusion of the match. And at the end of that match it was Boon that was left standing. He was bruised and bleeding, but standing.

In the years after that first match Boon would go on to fight intermittently, as the life of a novice allowed. He would never fight for money as a professional Muay Thai fighter would, but always with the intent of testing himself against others, testing the soundness of his body and his mind, and the tenacity of his spirit.

Upon leaving the temple at age 26, Boon travelled, fighting other opponents occasionally. He even travelled and fought in the United Kingdom. Boon arrived in Australia in 1998 where he lived in Wollongong, and it was then he began passing on Chalong’s teaching to his own students.

Boon’s tuition brings together his uniquely nuanced experiences, and his hard-earned understanding that both mind and body must be exercised harmoniously in the learning and practice of Muay Thai. Boon teaches an informal, but above all authentic form of Muay Thai – one that he hopes to preserve by passing it on to his students at the Muay Thai Temple.